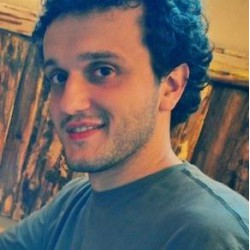 There are masterpieces, there are books you treasure, there are those you used instead of coffee plates and all those in between...
49 BOOKS

Not for the faint of heart 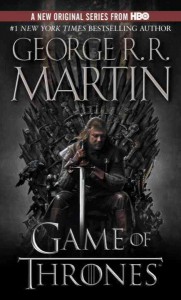 The first installment of a mock-medieval epic saga with mild hints of epic fantasy literature.
Martin meticulously studied medieval history and customs, which shows in this thrilling, yet highly plausible world he created.
Like many others, I, too, have started reading this only upon watching the first season of the eponymous TV series. To be fair to the series' creators, you can probably enjoy both in equal measure, since the series feels merely like an abbreviated version of the book, introducing a graphical element, but taking away the literature-type nuances.

Widely criticised for hyper-realistic description, sexism and, allegedly, pointless violence, the book does not feel too different from a common historical overview of the 13th century Europe, for instance. Many readers criticise the series for various reasons, but the common thread in all negative reviews seems to be disappointment. Not of the critical variety, to be sure, but the typical reader's one. And that's fine. Yes, you will be frustrated, flabbergasted, disappointed, thrilled and delighted. And not necessarily in that order. If you, on the other hand, expect a plot that quickly takes a clear course, story threads converging quickly and meaningfully into a streamlined reading experience, you will be disappointed, Just like in case you expect chivalry, virtue and romance.